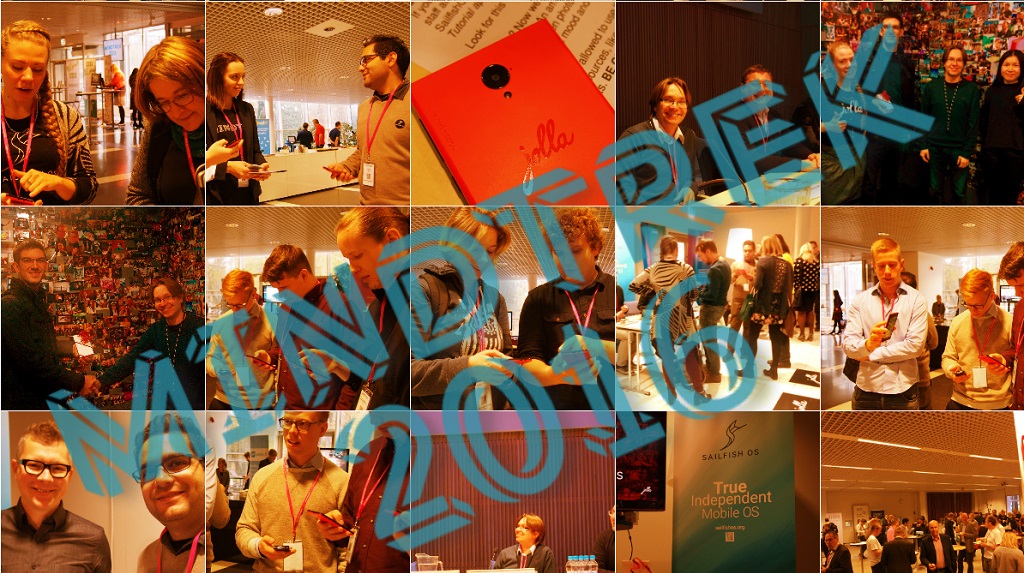 Mindtrek is a 3 day conference in Tampere, Finland, which in 2016 was built around the themes of Smart City, Immersion, IoT, Academic and Open Source World for 2016. Already the 20th Mindtrek offered the visitors a range of workshops, presentations, and in our case, get to know Sailfish OS and have a chance to win a Jolla C device! Of course, the ever so famous Mindtrek party continued right after the event, organized brilliantly while offering delicious food and beverage.

Mindtrek is an event where companies and students gather together to explore new opportunities, show off new technology and meet potential partners and customers. As they state on their website: “Mindtrek is a meeting place for open-minded people to see, discuss and experience the big things in tech right now and in the future.”

Focus on Open Source and Community

In our conference presence we decided to concentrate on open source and community related topics. In Mindtrek’s blog our Program Manager Vesa-Matti (Vesku) Hartikainen wrote about Sailfish OS, why is it based on Open Source and why we are aiming to make it even more open in the near future, our licensing program and last but not least, ways to be part of the Jolla movement, and building the independent mobile operating system further! Click here to see our current open positions.

You can read Vesku’s post with full detail here.

A lot of interest for Sailfish OS

Jolla was one of the sponsors for the event and we had our own booth during the exhibition days. Many young students attended the conference, learning new things and gathering new ideas! Also quite a big number or non-students visited the conference to meet new business partners and even potentially find a job opportunity for themselves.

At our fair booth our main aim was to demo our operating system on different devices such as Jolla C, Turing phone, Fairphone (Community port), Sony Xperia Pro (Community port) and Intex Aqua Fish and show how versatile Sailfish OS can be performing the same tricks on different devices with different hardware specifications. The results were actually very impressive, and once again people showed that they like and want to see new products and new ways of interacting with mobile devices. 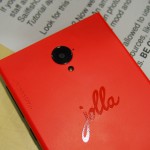 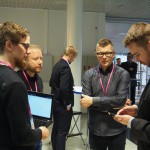 A group of sailors 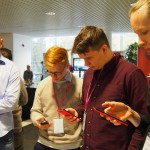 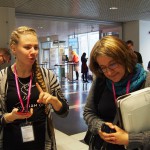 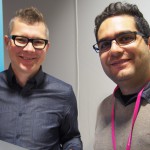 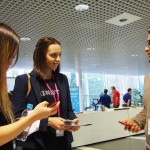 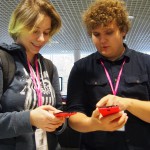 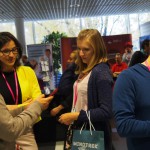 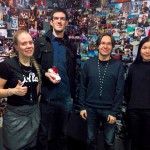 Sailors handing a Jolla C to the winner

Visitors to the Jolla booth could take part in a competition with a possibility to win a brand new Jolla C device. The task was designed in a way to teach people how to engage with Sailfish OS and get their “swiping skills” trained, and overall get a hand of how Sailfish OS works and how it’s different and more intuitive than other mobile operating systems.

The instructions were simple, and that was the point; to teach people that Sailfish OS is as simple as a swipe on the slab of glass you call your screen. Basically, what they had to do was to go through the tutorial app on Sailfish OS and create an ambiance, using the camera on Jolla C or the pre-stored images on the phone, or even send a picture via Bluetooth from their own phone to the provided device. Using an existing default ambiance was obviously unacceptable.

Well, yes, but choosing the winner was going to be based on how creative they were with the ambiance and how easily they could follow what they learned during the tutorial bit of the task at hand. Not that simple after all when it came to winning.
Many people took part in the competition and we had many beautiful ambiances created by them, but unfortunately we only had one phone to give away.

That however didn’t stop us from showing you some of the fine creations people made with different images: 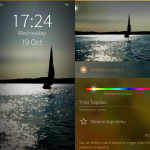 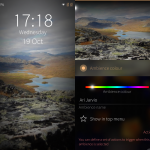 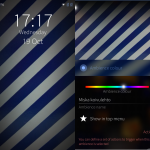 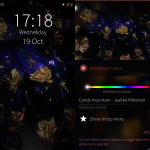 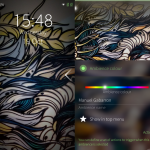 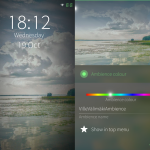 Who won the competition? How did we choose the winner?

Have you already had a guess who won based on the above pictures?

The winning ambiance of the competition is the fifth picture, which belongs to Manuel Gabarrón, a student in Tampere university who in fact paid a visit to our office in Tampere to claim his prize!

How did we choose him?

We had a voting session with sailors at the Tampere office between all of the created ambiances and also the way they were created, and according to most of the sailors, this was the most creative of them all.

Manuel actually ran to Tampere Talo’s (Mindtrek venue) second floor, took a picture from a part of a painting there, edited the photo on the device and created this amazing ambiance, which made him gather the most amount of votes among the sailors at the office. 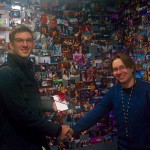 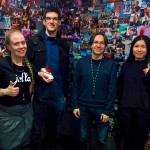 A group picture with sailors

During the panel, they talked about:

Overall, the Mindtrek event was a good one this year, and we are absolutely looking forward to attend next year’s event with an even better, more improved Sailfish OS!