CCW & The Power of German Community

Critical Communications World or CCW for short is an international event held in a different part of the world each year. This year the event took place in Berlin on May 15th & 16th. At the event, dozens of companies from all over the globe gather to showcase their critical communication solutions and products, be it services, hardware, software or apps. We were situated at the Critical Communications Finland booth.

Jolla, who’s flexible, reliable and independent solution: Sailfish OS, is intrinsically private and secure, is highly relevant at such events.

What did we do there?

We showcased our product, our capabilities to adapt to different communication scenarios and met with our German community afterwards.

We had 3 sessions during the event: a panel discussion, a debate session and a short company pitch. Our CEO, Sami Pienimäki, took part in both the debate and the company pitch, alongside our Chief Engineer, Marko Saukko, representing Sailfish OS at the panel discussion. 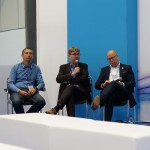 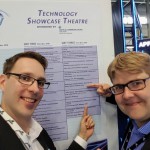 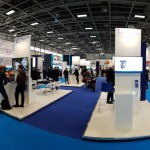 Sailfish OS can easily be adapted to run on different hardware with a variety of form factors and can be configured and customised exactly as the customer wishes with solutions such as MDM (Mobile Device Management).

In critical communication a word that often comes up is “legacy”, indicating the importance of providing ongoing support for many older technologies and devices as well as delivering new solutions. Indeed there is need to ensure that devices are supported and maintained for many years after their initial launch, to insure the integration of new technologies and maintenance of security for the devices along the way. Jolla has extensive experience in this area, and still supports and maintains our first device “Jolla Phone”, launched in 2013.

While walking around the event and discussing with the different exhibitors it was clear that participation in this “ecosystem” requires versatile and scalable solutions integrated to long service life infrastructure such as buses, ambulances, drones, tablets and phones. Sailfish 3 brings more scalability with support for feature phone and PDA type devices in addition to existing form factors such as Phones, Tablets and Watches.

Addressing privacy and security is important to the ecosystem and SailfishOS provides a solid solution for a secure and privacy-respecting product out of the box. You can then plug in features such as secure VPN communication to the Sailfish OS frameworks either with your own, or already provided, technologies. With Sailfish OS you are not locked to our cloud services and servers, but instead you have the freedom to choose a provider of your own. Many companies at the event commented that when they selected a platform they had to first strip down certain services and even change some components in order to reach the privacy requirements.

It was also very rewarding to notice at the event that the same device that we originally launched the Sailfish X program back in October of 2017 with Sony Xperia X, is also used in critical communications by other parties. This gives us good experience of devices that are already approved at this market segment and with the Xperia XA2 targeting to be released later this year, will provide us with yet another platform that makes our solution available for hardware from vendor that is already utilised in this ecosystem.

On May 17th, we arranged a community meetup in Berlin, in the Pfefferbräu restaurant, with a lot of beer, food and discussion.

Numerous community meetups in different countries and continents have given us an idea of how active a community can be in a certain area. Our community in Germany set a new standard for us and made us extremely proud to have such a powerful voice in the country. We can only say that you guys ROCK! Over 30 people turned up at the meetup and made it an unforgettable evening for all of us. 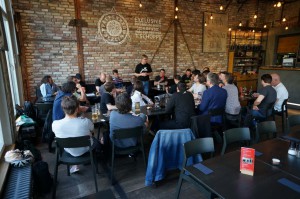 The technical depth was great too. With the huge participation came also an incredible amount of discussion on different topics, varying from discussing about the history and how we ended up here, (at some point there was a show of N9’s 🙂 ), to discussions about possible issues they have found as well as suggesting what features this community would like to see next. As an example a feature request was to automatically storie local vocabulary in the respective keyboard. We even had participants at the event with their own company looking to utilise Sailfish OS in their future business. 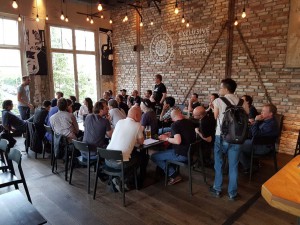 One of the most discussed topic was SIP calls, which we are looking into how we could integrate it into our core offering. Connectivity and VPN were topics that were discussed and the members of community gave their insights of the current functionality. There were also a group of members that had completed localisation for Bulgarian language by translating the provided strings in the community poodle, and there were also discussions about the audio issues some community members were having with different headsets and Bluetooth devices.

Last but not least, we discussed the possiblity of Jolla attending Chaos Computer Congress (CCC), Europe’s largest association of hackers in Germany.

We would like to especially thank our dear community member ExPLIT and Nokius for helping us with the organisation of this event, and also thank each and everyone of you that attended the meetup. See you next time! <3