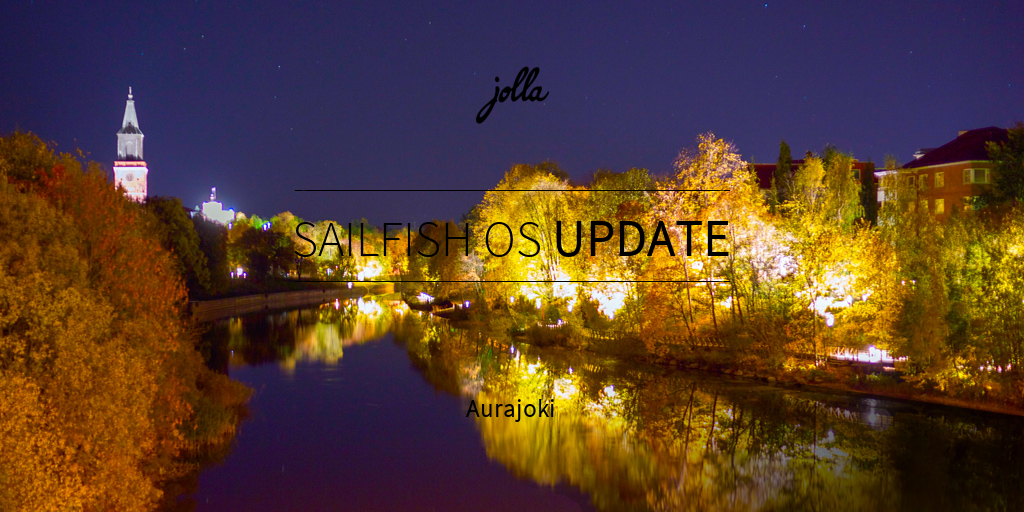 We have now released the early access version of the update Aurajoki to the Jolla phone, Jolla C and Jolla Tablet.

Please give together.jolla.com a visit for the full changelog, known issues, how to update and more!