A few months ago, in Mobile World Congress 2018, we announced our new cooperation with Planet Computers to bring Sailfish OS to their beautiful Gemini PDA device.

Today it’s our pleasure to announce the next steps in this project from the community edition, to Sailfish X Beta to the final release:

As the first step in bringing Sailfish to Gemini, our friends at Planet Computers have today made the community edition of Sailfish OS 2.1 available for the Gemini PDA. This version has been tested and verified by both Jolla and Planet.

As it’s a community initiative, the version is still somewhat limited, but essential features are supported. With this version you won’t yet get software updates or support for Android apps. Also the overall support is limited to our community’s efforts.

Big thanks to the community for the help in making this possible! 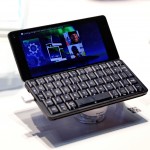 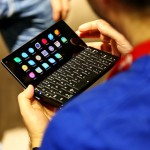 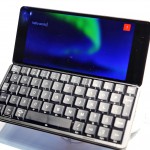 Up next: Sailfish X Beta for Gemini

The start phase in making Sailfish X a reality for the Gemini PDA is making it available as a beta release from shop.jolla.com. The target is to start the beta release out in September.  The beta release will support software updates – even to the final version when available and will have access to the Jolla Store, but it does not include any third-party component, i.e Android support won’t be included.

We target to release the official Sailfish X for Gemini by the end of this year. It will be sold via shop.jolla.com. The full Sailfish 3 version will include all Sailfish features, constant SW updates, Android support, and full end-user support.

The Gemini is a 4G and WLAN device with a full physical keyboard. With a 5.99” screen, 5 megapixel camera and stereo speakers it provides a communications, media consumption and social media device for the 21st Century. Gemini comes in a variety of different keyboard language layouts, and more.

Read more about the Gemini PDA on Planet’s webpage or purchase a device in Planet’s shop.

Sailfish for Gemini Community edition can be downloaded here.