Many of you have been asking for more details on the tablet schedule. We have heard you and we will try to keep you all more informed on how things progress from here as we get closer and closer to the mass production and shipment-start. First, I must emphasize that many parts of the product creation process are done under NDA (non-disclosure agreement), therefore not all the details and specifications can be shared, but I will try to explain as much as I can about the process so far. In addition, building a product involves thousands of components with dependencies. Changing one major component will always have an impact on other components, which mandate also changes to the PCB (printed circuit board). As with new components, there is a certain leadtime involved — from getting the first samples, testing the solution, ordering a larger batch for the proto-build and then finally placing the order for mass production. Depending on the component, leadtime can take up to several weeks as components are not always available on the shelves when selected.

Let’s start from the beginning: the original chain of events started with the display shown at SLUSH 2014 last November. We did not feel that the display was good enough for the product and for you, our contributors.

Not one new display, but two

Hence we began our search for alternative displays, and found one that showed great promise from the sample panel. In terms of specs, it translated to an increase in the contrast ratio from 700 to 1000, as well as luminance from 320 to 420. It should be noted that these are values on paper for the panel before it is laminated with touch foil and glass. As it looked good, we decided to make the change for our next build with that display panel. The build was ready just in time for MWC (Mobile World Congress) 2015, where we showed the Jolla Tablet to the whole world. Despite numerous improvements, this new (second) display had a low yield rate, which manifested as yellow spots on the display, and was again something we could not approve for the product. This issue was investigated closely in the build/lamination process as well as on the panel level, but we were not able to fix it with the panel in question. So, it was time to look for another panel that would have feature parity with this second panel, as going back to the first one was not really an option anymore after seeing the beautiful colors on the second display.

The third display which has similar specifications to the second display was found after a period of searching, however this display has a different display interface – MIPI (Mobile Industry Processor Interface) instead of the eDP (embedded Display Port). The difference meant that we had to make changes to the PCB. Intel Baytrail SoC (System on Chip) supports MIPI interface, but that MIPI interface is not capable of providing high enough resolution for our display, thus we had to come up with an alternative solution to this. The identified solution was to add an additional bridge IC (integrated circuit) to the PCB that converts eDP output to MIPI output for the display without losing quality or performance. Furthermore with this PCB change and new display, some mechanical parts required modifications because of the different components.

From this point forward

The build in week 31, from which the Developer loan devices will be sent, is the pre-production batch we referred to in our previous blog post. This will be the first substantial build of devices with the latest configuration, and we are doing final checks on this larger build to ensure that everything is ok before we can start the mass production of Jolla Tablets.

In the meantime, we also did a couple of additional hardware changes. The first one is an issue arising from our internal testing, where the micro-AB type USB connector did not provide proper mechanical protection for users inserting the wrong side of USB cable to the port, so we changed it to the micro-B type connector. Unfortunately we could not go with USB micro-C type connector, due to limited availability. Finally as a bonus to all of you, we added a Hall-sensor which allows accessory covers to turn off the display when the cover is closed.

This is the story so far, and currently some of us are heading to the factory to verify the upcoming pre-production build and devices, with the following schedule:

When this is complete, we’ll carry out test shipments of Jolla Tablets to our Developer Program members to verify our logistics chain and for the developers to do some testing/development. We will also be performing our own internal tests for the aforementioned final checks.

We’ll keep you posted if we come up with changes in the above plan & schedule. 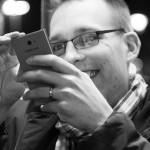