After the successful launch of Sailfish X, we are now rolling out Sailfish OS 2.1.3 update aka Kymijoki as early access to Jolla devices (Jolla1, Jolla C and Jolla Tablet) as well as Sailfish X.

This update contains numerous new features and bug fixes for devices across the board. Our engineers and developers have been, as always, hard at work in order to eliminate reported bugs, deliver the latest security features and add new features to Sailfish OS to make it a more complete operating system.

Two of the well-known security vulnerabilities that are now fixed in Kymijoki are the WPA KRACK vulnerability and Bluetooth Blueborne vulnerability. Alongside that, number of improvements have been made for Qt and Android applications which fixes many of their issues. Kymijoki contains the latest Ambience called “Flow” which we introduced with Sailfish X now rolling out for all Sailfish OS powered devices. 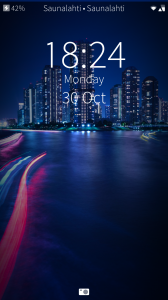 Other highlights and features

Viewing tweets in full 140 characters in Events is now possible. 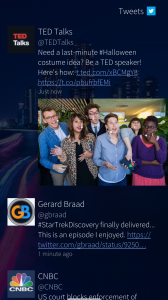 We have now added support for Chinese email providers such as QQ and Sina.

We had a bevy of new fixes and improvements tailor-made for Sailfish X as well including the fix for restarting Android Support, eliminating the “waiting for connection” issue on Facebook Messenger. Camera enhancements have been made for Sailfish X such as enabling the user to focus using the camera hardware key (shutter button) and Media Booster in order to speed up startup times for Sailfish OS devices equipped with 2GB (or more) of RAM 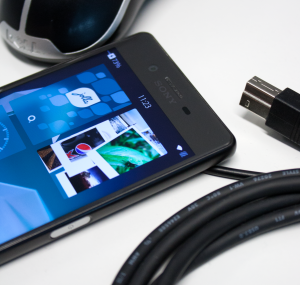 You can also follow our detailed instructions on how to update your Sailfish OS powered device here. There are lots of other new features, details and bug fixes that has been done by our hard-working engineers. Read more here.

I would like to thank all of you active contributors who gave us feedback and proposals for the new features and improvements on behalf of the Jolla team.

I also would like to thank our engineering and developer team for working day and night in order to deliver this update to our fantastic community.

With regards,
James, on behalf of Jolla team