The summer is turning into autumn and it’s again time for a new Sailfish release – the third one this year, having the version number 4.2.0 and bearing the name Verla. The name follows our scheme  of Unesco world heritage sites in Finland and Verla is a factory museum and its surrounding area, including an old groundwood mill founded at the end of the 19th century, a part of the history of  the paper industry in Finland.

As usual, the changes go all over, some easier to notice and some deeper in the software stack. Let’s go now through some of the main items. More details can be found in the release notes.

One of the more visible changes in this release is the new sharing system. In the earlier versions, the content sharing UI  was embedded into the applications that had content sharing capabilities. The UI itself was a common component, but it’s use was not allowed by third party apps due to many sharing methods needing privileges either already restricted to the system UI side, or being something that we wanted to make more protected.

This has now been reworked and instead of embedding the sharing UI in the initiating app, we’ve implemented a system pop-up for handling the sharing method selection and the following details. By doing this we’ve been able to cut down on a lot of the permissions from our applications and thus made them more secure. For example, since sharing a note  from the Notes app by email no longer needs to embed an email composer in the app, there’s no need anymore to allow it access to all the email and account related bits, etc.

This is also good news for third party developers. Without the need to access any privileged functionality we are finally now able to allow the sharing system for others to use too.

More changes you can see

On the App grid there’s now something we call the Sticky App Grid. On tall devices like the new Xperias it can be difficult to reach the top of the screen in one-handed use. To make it easier to launch the top items, you can now drag the launcher grid upwards a bit and then just leave it there.

The calendar app main view is now slightly different. We changed the indicators in the month grid cells from simple rounded rectangles shown if there are events on the day to colored dots indicating which notebooks they are from. With this simple change the view becomes more useful, making it easier to spot what kind of events there are. Deeper in the same app it’s also now possible to open contact cards for invitees. 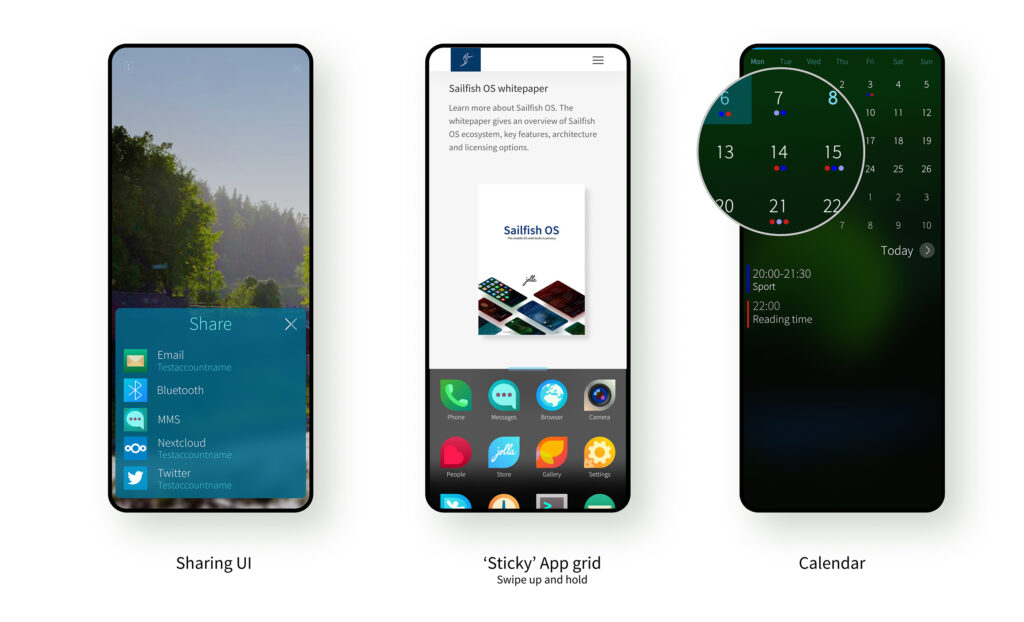 The browser has continued very active development. In earlier releases we provided engine upgrades to the Gecko ESR60 level and now it’s been polished further. On the feature side we’ve introduced the ability to configure the download folder and to edit login data. There have also been some adjustments to the page menu and the tab list.

In the old days a phone had one camera on the back and one in the front. Then more cameras started to appear, and maybe still some more. For us this became more topical with the Xperia 10 II and we’ve now added support for switching between the different zoom-level back cameras with buttons near the capture key.

Speaking of the camera, people taking a closer look at the changelogs might have noticed mentions of HDR and such. We’ve experimented a bit with the different exposure modes (e.g. sports mode and HDR), but as the different devices don’t work consistently with them, and given some have problems with specific modes, we didn’t yet make the UI for these visible. Maybe in some later release we’ll get the hardware specific details sorted out enough to enable the setting.

And finally, specific to the Xperia 10 II, we’ve now made the virtual keyboard text prediction available. As you might remember, this was the first device where we shipped the operating system as a 64-bit version and due to the text prediction relying on an external prediction engine we weren’t initially able to include the feature. We’ve now been able to bypass the problem by running the prediction side on a separate service for the keyboard. 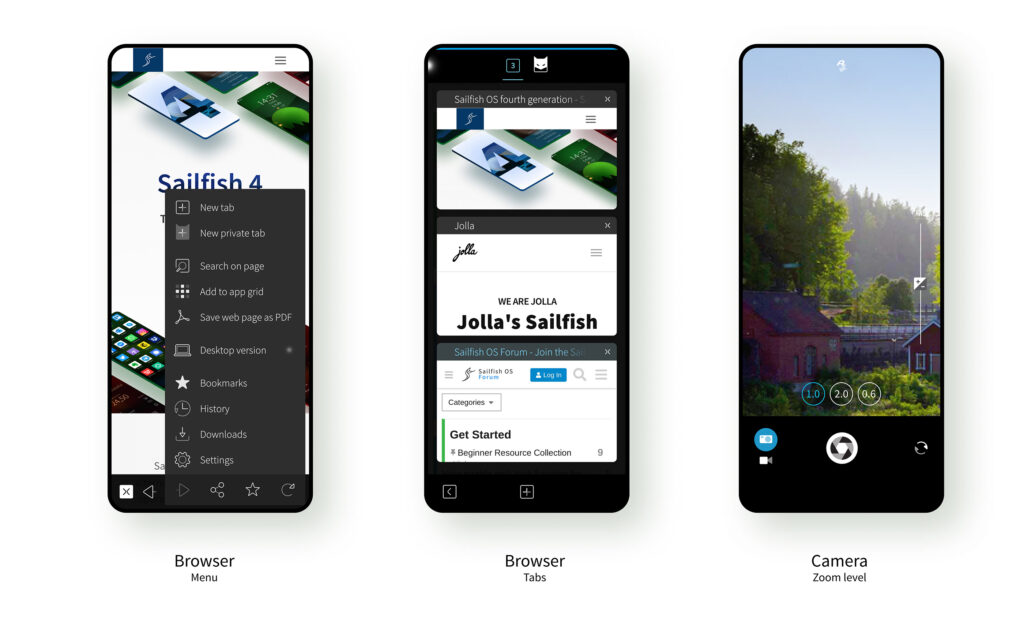 And some more sandboxing work under the hood

App sandboxing has been progressing since it was first shipped in February. We’ve been running the applications shipped with the operating system in sandboxes for a while now and with good results. There’s been continuing improvements to the sandbox implementation and fixes to permission-related regressions.

For the community, we’ve noted that some developers have already tried out the new sandbox system, and for others the time for all 3rd party applications to be run in sandboxes is approaching. We will shortly publish detailed technical instructions in the forum and an overview blog post, so stay tuned.

And there are many more improvements besides; this is only a brief overview of the changes. There have been bug fixes, paper cut UI fixes here and there, and package upgrades. As always. The story will continue and the next upcoming release is already brewing.

Chief engineer at Jolla, who went to see the Kvarken archipelago last summer when the previous release was still fresh (the pic is from there!).