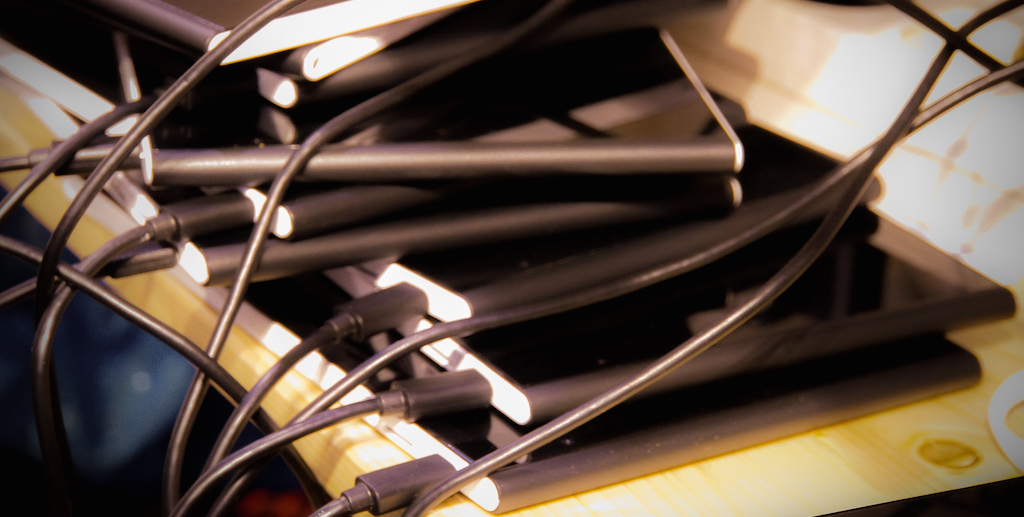 The previous month has meant loads of hard work, sweat and focus for all Jolla teams. Getting prepared for an event of such magnitude and importance as Mobile World Congress requires a lot from everyone in the company. It also worked as a perfect quality milestone in the roadmap for our teams working on the Jolla Tablet, since this was the world premiere of Sailfish OS running on this particular device. Showing it to the press, analysts, business partners, and of course the event audience for the first time ever means that the important elements in the demo software need to work and they can be demonstrated to the world.

So, how did it go for us? It was fantastic! Read more about that in our separate MWC2015 blog post.

Making a demo software in a nutshell

Having a tight deadline for MWC 2015 (you can’t really postpone that…) meant that we needed to have a constant flow of changes, a lot of testing and iterating on the results. The heart beat of development intensifies the closer we get to the deadline, and this is when we move swiftly from monthly planning and weekly checkpoints to polishing the experience in daily iterations. We considered this as a real product launch (even thought it was a demo software we were showing), meaning that the demoed experience needs to be polished, layouts pixel perfect and animations smooth.

Joona Petrell, Jolla’s Chief Engineer explains the process like this:

“In practice, the whole process starts so that design, product management and development teams together identify the key features for the product. Then we start building prototypes to test the user experience (UX) and the technical architecture. Designers review the software daily and send feedback to developers. Typically, new features go through multiple different versions before design is satisfied with the UX, and we can move forward. The good thing is that compared to the early days of Sailfish OS we now have more resources, and we can spend more time in prototyping and usability testing phase, to properly nail down the user experience.

The MWC2015 demo software in the Jolla Tablet, ‘Sailfish OS 2.0’ was a combination of new features, i.e. the new UI and gestures, and pre-installed demo content that helps to demo the features on the actual device. Demo content includes extra photos and media in apps, persistent notifications in the Events View, contacts in People app listing our beloved sailors behind the product, pre-installed events in Calendar, imaginary conversations in Email and Messages apps, and so on. Note that while demo content is fake, the new features they demonstrate are real and we already use them on our daily devices. There are some parts not fully functioning yet in the tablet, which of course meant some planning and training for the stand people demoing the device in MWC.

Sailfish OS Yliaavanlampi out of the box!

During the last month we also worked pretty intensively on stuff not directly related to Mobile World Congress. The February software update for Sailfish OS, Yliaavanlampi was released first as an opt-in version for more advanced users on February 19, and a few weeks later to all Jolla smartphone users. The update included some important and handy new features and fixes to the OS, e.g. a renewed browser UI, a new integrated weather application from Foreca, and the possibility to customize main colors of your favorite ambiances.

Read more about it here and update your software now if you haven’t done it yet. We highly recommend you to do that!

This month we’re again working on a lot of individual items. On the development side of things there’s a lot of tablet adaptation work going on, working on many security fixes, and finalizing the new UI framework features demonstrated in MWC. We’re also working hard on the next Sailfish OS upgrade (called Äijänpäivänjärvi, try to pronounce that!), which is currently in the release candidate phase. If everything goes according to the planned schedule it should be out in a few weeks. This release will include e.g. landscape mode for Maps, Split keyboard in landscape mode with a setting to disable it, IMAP idle/push support for mail accounts, and resolution independent icons.

On the business side we are working rigorously to build the Sailfish OS alliance, which was introduced in Mobile World Congress. We can’t wait to announce some new partnerships that are cooking right now!