This year’s Mobile World Congress was particularly important to us, since we wanted to showcase our company’s new strategy in a big scale, and convince potential new partners, and the industry of our new path and potential.

We worked tightly together with our licensing partners at the event, and made some serious noise about our announcements. 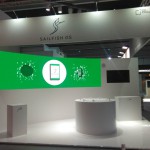 See our Facebook album for MWC17 photos – we will update the folder soon with more good photos and videos from different cameras.