Back in February, in Mobile World Congress 2017, we were pleased to announce the Sailfish OS for Sony Xperia project in collaboration with Sony Open Devices Program. Here’s an update to the project and progress:

Our development teams have worked hard on the project, so that we can start the delivery of the downloadable Sailfish OS to all of you waiting to run our operating system on this great device. The progress has been good, but in all honesty it has not lacked challenges. There are some clear development areas that still need work, and challenges, the biggest of them being the support for Android apps. Challenges also include making it easy enough for common users to install Sailfish OS onto their devices. Xperia X is the first 64-bit ARM device we are running Sailfish OS on, and that has made this project much more unpredictable to implement than a lot of our recent device projects have been.

Despite the challenges, we are starting to deliver the software to first community members in a few weeks in July: our Cbeta testing group will get the first opportunity to test Sailfish OS on a Sony Xperia X device once we have started the Cbeta testing for the Sailfish OS 2.1.2 release. If you’re in the group, expect to hear from us soon about it.

The Cbeta group is the closest community development group for Jolla – it’s a group with whom we share our work first, and who rigorously work with us to iron out issues, find bugs etc. For Cbeta, we’ve hand picked a small group of very active community members that we know well. If you are active in the community, like doing community ports of Sailfish OS to other devices, contribute to development, translate Sailfish OS to new languages, help in TJC to answer questions, or attend community events, then you may get noticed by us, and when there is opportunity to expand the group you can be asked to join the Cbeta group. Our community is very important to us and we value all contributions, but we still need to keep the Cbeta group quite small so that we can properly handle the feedback, have confidentiality, and resolve any issues due to bugs of the early releases.

The exact schedule for the next phase, i.e. wider delivery to our community, depends on how the development progresses and on the feedback we get from the Cbeta testing. From the Cbeta testing we are ready to move onto the public release once we’re certain that main features like the Android app compatibility are working, the device can be used as a daily device, Jolla Store can be used for downloading apps, and that SW update process works. And that there are no serious bugs of course.

We also need an easy solution for users to install the operating system on their devices. At first, the releases will be more suitable for hackers and advanced users but we shall make it easier in the next phases to wider groups. We’ll update the situation and schedule with you once the Cbeta testing starts. 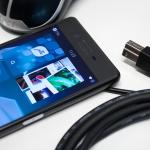 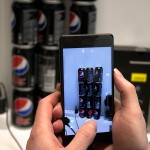 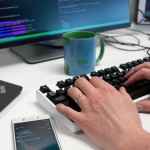 Many of you have been curious about us supporting other Xperia devices like Xperia X Compact and when would be the right time to get a suitable target device. For now we want to focus on getting the Xperia X project out with good quality and keep our limited resources focused on it. Once we have completed the work on the Xperia X single SIM version, we will consider how to proceed with supporting other Xperia devices.

We can officially support only a limited amount of different community devices. Therefore, we need to be smart about the next devices as support for those devices may be coming a lot later than support for the first device. When we plan the supported next Sony device after Xperia X we need to consider a few things: do we choose hardware with similar chipset or not (supporting different chipset vendor would be a lot more work), how popular is the device, and of course we need to check if the community has progressed well with some certain device port. In this case, it has potential to be the next officially supported device.

Lastly: one of our community members just recently suggested an idea of offering Sailfish OS for Sony Xperia software as one type of compensation alternative in the Jolla Tablet refund program. This sounds like a great idea, and we have also thought about it. But first, we need to evaluate how feasible it is, and in what schedule it could be done. We’d also be happy to hear what you others think of the idea! Please let us know in the comments below, or if you do not wish to comment publicly you can also email us to community(at)jolla(dot)com.

Stay tuned on the project and its progress! It takes some time to cook well from proper ingredients but it will be exciting and fun!

On behalf of the whole team,
Vesku

FAQ:
As we have been receiving a lot of questions regarding this blog post, we found it fitting to add a “frequently asked questions” update to this post, addressing some concerns gathering the matter.
Q: Why didn’t you communicate this information earlier?
A: There are still many open questions and we learn more each week. We wanted to provide you an update on current status now, since it is the end of Q2, which was announced as our original target. We are sorry that this has been delayed and we will announce full details on commercial program once we have everything in place.
Q: Is Jolla selling Sony Xperia X pre-loaded with Sailfish OS?
A: In the first phase we will be doing a downloadable Sailfish OS for that requires the user to purchase their own device and install the operating system on it. As mentioned on the post, we are doing our best to make the installation process as simple as possible for the common user. Jolla is an operating system vendor and we are not directly selling devices anymore.
Q: What will be the price of the Downloadable Sailfish OS ?
A: We are going to announce the commercial details on price, and what is going to be included closer to the release. The target is that the price will include an officially supported release of the Sailfish OS, including mandatory 3rd party licenses.
Q: Does it matter where we buy the device? Does it have to be unlocked?
A: It is advised to purchase a device with no carrier lock or legal bond in order to make the process much easier. If you are purchasing the phone from your carrier, please make sure there are no extra restrictions applied by the carrier.
Q: Which exact model of Sony Xperia X should we purchase prior to the launch of the OS?
A: F5121 single SIM version is the model we are developing on. It should be noted that there is a possibility of details being changed until we announce the commercial details, therefore our advice would be to wait for the announcement before buying the device, just to be completely sure.
Q: Can I buy a Dual-SIM variant and install the OS on it anyway and use one SIM slot only?
A: You shouldn’t do that. We are not testing or supporting the Dual-SIM variant, since we need to concentrate on getting the single SIM device working well.
Q: What happens to the device’s warranty when we install Sailfish OS on it?
A: Sony Open Devices has their own terms for handling unlocked devices, and since installing Sailfish OS requires unlocking of the device, those terms will apply. You can read them by clicking here.

We have been working hard to fulfill our promise of delivering the first images during July, and as the month of July comes to an end, we now have the images ready to be handed over to Cbeta group for the initial verification and testing. Having the software ready for the public depends on the findings during this round of testing done with Cbeta group. This is our first official release that we provide for a device that doesn’t come pre-loaded with Sailfish OS. We have already learned a lot in the process, so bear with us a bit longer.