Suomenlinna is a Fortress built spanning four islands in the Suomenlahti (Gulf of Finland) just South of Helsinki. While Jolla just celebrated its tenth year, Suomenlinna, which literally translates to Finnish Castle, is somewhat older. Construction was started 267 years ago, with many thousands of workers building for nearly ten years before it was completed. Nowadays it’s designated as a World Heritage Site and you can visit it by ferry all year round to see it for yourself.

It’s an appropriate codename for the Sailfish OS 4.3.0 Suomenlinna release given the emphasis we’ve placed on security improvements for this version of the operating system.

For while we saw a tranche of new features included in the Sailfish OS 4.2.0 Verla release, in 4.3.0 Suomenlinna it’s much more about stability, bug-fixes and security improvements.

The headline improvement is one that was already trailed by Ville in his recent Sandboxing blog post. From now on, any app that defines an application profile will be automatically sandboxed. This is currently an opt-in process; any app that isn’t updated in this way will still run outside the sandbox. As a user this means you will start to see some third party apps bring up the sandboxing dialogue on first run. You should already be familiar with this from 4.2.0, in which the Jolla apps were already sandboxed. In 4.3.0 Suomenlinna you’ll start to see this more often. Users can of course still run apps however they want, but can feel more confident when running apps inside the sandbox.

This is an important security advancement, and follows the roadmap Ville described towards having all apps sandboxed. We’ve been careful to increase security without compromising user-control, and we think you’ll appreciate the extra peace-of-mind that sandboxing brings.

There have also been some welcome improvements to Android App Support in this release.

Behind-the-scenes the Android platform has been updated to security patch level 10.0.0_r58. In addition the Android system image is now signed, which means that apps that previously refused to run due to appearing as a rooted system should now work correctly. This is particularly important for banking apps, and a change that many users have been looking forward to.

On centre stage you’ll see that Android Apps can now appear in the Open link or file dialogue. This means that when you try to open a file or link that an Android app knows about, you’ll be invited to use the Android app alongside the native Sailfish apps that have also registered an interest. This continues the Sharing developments we made in 4.2.0 for native apps, now extended to Android apps in order to make their use more seamless and well-integrated with the rest of the system. This is still beta functionality at this stage since it can depend on the behaviour of individual apps, so expect it to be refined in future releases too. 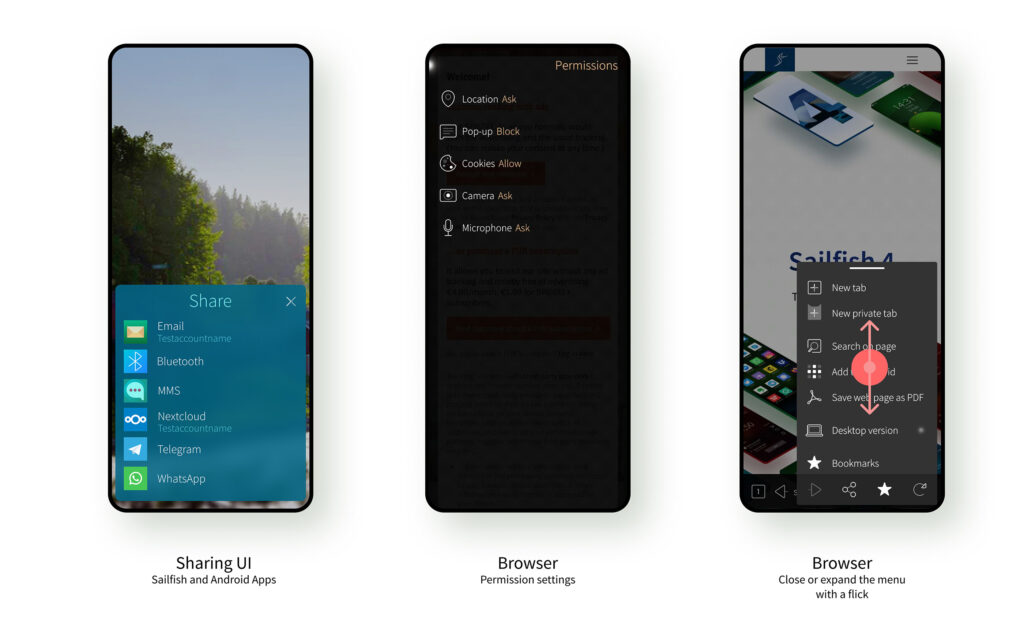 Backstage there have also been numerous Android App Support bugs fixed for this release. The most prominent related to connectivity issues that some users have been experiencing. We’ve worked hard to try to address as many as we can, and were able to trace and fix several underlying connectivity issues. We’ve seen big improvements as a result, but continue to work on fixing more. Overall we believe it’s a big step forwards for allowing Android apps to work effectively within Sailfish OS.

There were many fixes outside of Android App Support as well, including improved memory efficiency for the email app, fixing some video playback bumps in the Gallery App, haptic feedback fixes, fixes for a word prediction bug that users of some specific languages were experiencing, and a bunch of fixes related to the captive portal for logging in to public Wifi access points. There are honestly way too many fixes to mention, but if you’ve been experiencing a particular bug on your device, hopefully it’ll be one of the many we squashed this release.

Another big step forwards is the inclusion of Tracker 3 for indexing. The indexer is the service that runs in the background, looking for images, video and documents on your device so that interested apps can easily find and access them. The tracker has been pretty stable for a long time now, providing comprehensive coverage and rapid indexing speeds. We actually harness the Gnome Tracker for this, and since this was recently updated to Tracker 3, we wanted to follow suit as quickly as possible to benefit from all of the performance and security improvements it brings. So this is exactly what we did, bringing our version to 3.1.2. The jump to version three will also make future updates easier.

The browser has continued to advance, with several improvements made to the UI in this release based on both our own design plans and your feedback The previous release saw a new browser menu style designed to better accommodate all of the new functionality we’ve added recently. Following feedback we’ve added a handle following the style of those used elsewhere in the UI to make clear that the menu can be dragged; we’ve also made extending, scrolling and closing the menu more intuitive. We’ve also made a number of other improvements elsewhere, including support for camera permissions to allow better integration of the camera with websites that support it.

Last, but by no means least, with the Sailfish OS 4.3.0 Suomenlinna release we’ll also for the first time be allowing the Amber Web Authorisation API for official use by apps in Harbour. This means that apps can now easily support OAuth authorisation using a standardised and supported process. This brings security benefits on multiple fronts since for services that support it there’s now no need for apps to revert to more insecure password usage, or for developers to roll their own OAuth process.

We hope you’ll agree that all of these changes are well worthwhile, even if they don’t all appear as big changes in the user interface. Instead, the increased security, stability and reliability of the system represents an important quality advance that we think everyone will appreciate and benefit from. 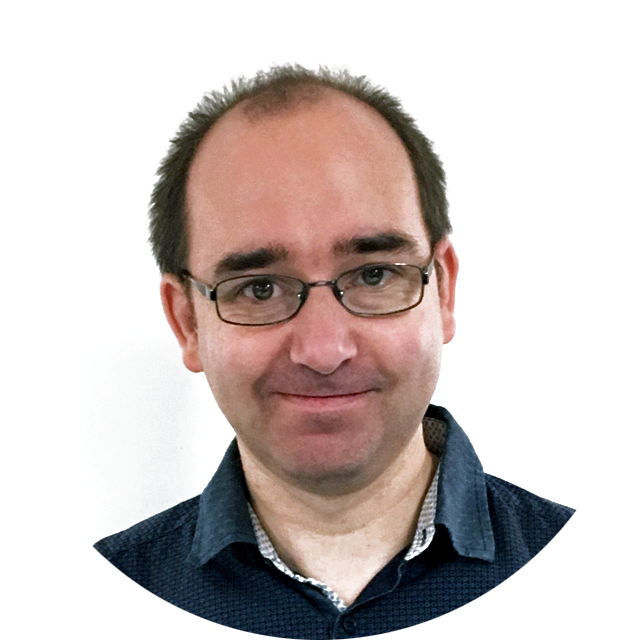