The month after the tough deadlines for Mobile World Congress has meant a lot of Jolla Tablet and continuous software development work, as well as preparations for building the Sailfish OS alliance. Before we get into that, and in the spirit of transparency, we have some necessary news to share:

We’ve been working very hard all year to get the Jolla Tablet ready. We have progressed very well in many areas, but as there are still many open items remaining, we are forced to postpone the delivery start of the Jolla Tablet.

Several important parts, like the new user interface design is already in good shape. Also the new camera/media stack based on gstreamer 1.x and the camera adaptation now work for the tablet, new interface implementation is getting ready to be merged to the main codebase, after which we’ll get to test the new UI end to end. Some parts, for instance the Android app support and the support for multiple devices (tablet & phone) in the Jolla store backend and client need a lot of work still. Just to mention a few items. All in all, the Sailfish OS 2.0 software development is progressing steadily, but it still requires a lot of effort in many areas.

On the hardware side we’ve had some implementation challenges with the original display. Since we want to offer you the best possible hardware, we chose to switch to a new display. This display is better than the original with a more balanced color spectrum. The display change also causes a slight delay in the tablet production.

We sincerely apologize for any inconvenience and disappointment this might cause.

We aim to start shipping the Jolla Tablet before the end of July 2015 in the order of the Indiegogo contributions. Actual delivery times may vary depending on your region. If you’re a Jolla Tablet contributor, you’ll receive an email about the next steps very soon.

We’re currently planning the pilot, and we will personally contact the eligible developers during the first week of May. Please stay tuned!

Our software development team has been working rigorously to get the next Sailfish OS update Äijänpäivänjärvi out to the early release phase. We will continue rolling out the new release first for early adopters very soon and it will be available to everybody in a few days. This release will include e.g. landscape mode for Maps, Split keyboard in landscape mode with a setting to disable it, IMAP idle/push support for mail accounts, and resolution independent icons, to mention a few.

After the announcement of the Sailfish OS alliance in Mobile World Congress 2015, our sales and business development teams have been utterly busy with partner negotiations especially in Asia. Definitely exciting developments on this front! We’ll come back to this very soon.

Our aim is to keep providing continuous updates about the Jolla Tablet development. We have some interesting topics in the pipeline for the coming month, including a post about a Jolla Tablet survey we did among the contributors, and further updates on software and hardware developments. Also, look out for the Äijänpäivänjärvi software update in the very near future, as well as some news from the business side of things!

On behalf of the whole Jolla Team,
Juha 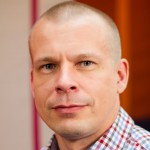 Head of Go-To-Market at Jolla. Passionate about things that really matter and about keeping them moving.