It has been a while since I, as the captain of the Jolla boat, have written anything here on the Jolla Blog. Now I’d like to share some news from our start-up’s helm.

As you all know, Jolla is a small boat (= start-up in layman’s terms), which is fighting through the stormy waters carrying a huge cargo: Sailfish OS – one of the few independent mobile operating systems – and, of course, the Jolla smartphone and Jolla Tablet. To an outsider it may appear as if we are “just” carrying devices and tablets, but it is actually the operating system that is taking up the most space and requires a lot of development and effort.

Typically only huge “cargo ships” like Google (Android) and Apple (iOS) carry operating systems as cargo. No wonder our sailors (Jolla employees) sometimes feel that this is “mission impossible”, yet they keep on delivering. We just successfully delivered Sailfish OS 2.0 – the new, fresh version of the Sailfish operating system. Now this beautiful OS has been delivered to our current Jolla smartphone users and it will also be shipping with the new Jolla tablets.

Where is the Jolla Tablet?

While Sailfish OS 2.0 was delivered successfully, we have not succeeded in delivering the Jolla Tablet on time to our Indiegogo contributors, and we will miss the schedule for our pre-order customers, too. We have faced numerous challenges, ranging from issues with component deliveries, to component issues with the display (we’ve kept you up to date with all the challenges we’ve faced with the display), to securing manufacturing time slots from the factory. All these put together have contributed to a domino effect, negatively impacting assembly and shipment timeline of the Jolla Tablet.

On behalf of my team and myself, I would like to apologize for this. This is not a formal apology on paper – this is a deep, sincere apology combined with a Japanese style bow with my forehead touching the floor.

There are many reasons for these unexpected delays, but rather than provide you with more justification – as valid as it may be – we instead wish to share with you our current Jolla Tablet delivery roadmap. 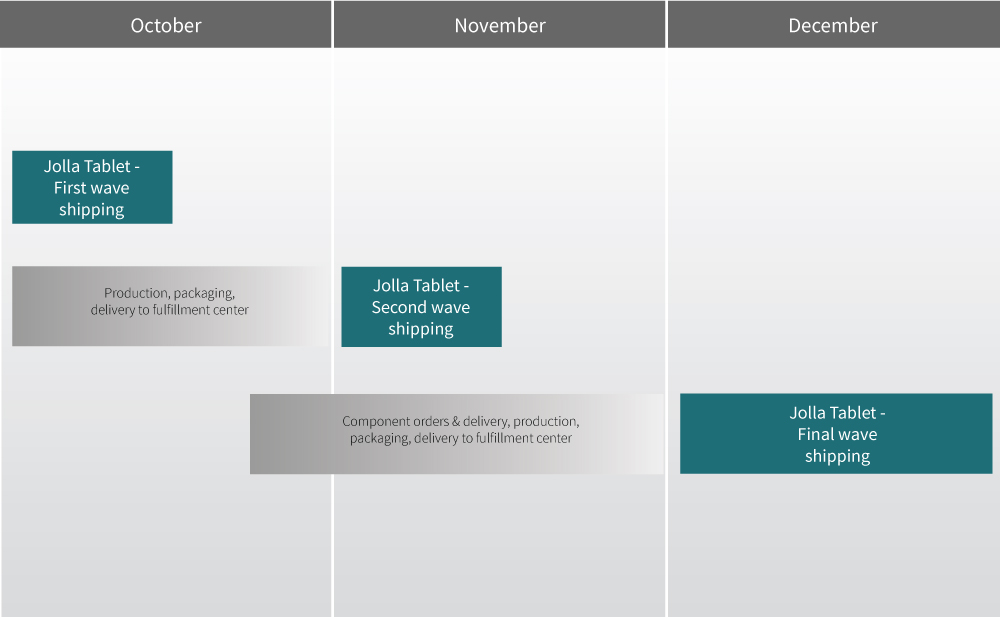 Now I expect that those who pre-ordered the Jolla Tablet during August-September 2015 are asking “what about my tablet?” Well, we will certainly ship yours too, but only after fulfilling our early Indiegogo backers contributions. According to the current plan, this will also happen during December 2015.

We understand that some of you may wish to opt out from the Jolla Tablet project. Therefore, we are looking into a refund option. More info will be shared about this later, and please bear with us as we will only be able to handle such cases after we have shipped all the tablets.

I want to again personally apologize for the inconvenience and frustration this has caused. More than that, I want to thank you for your contribution to this project, without which we honestly would not have been able to get here. My personal, heartfelt plea is for your continued support and patience.

We will get there, of that I am sure. Together. 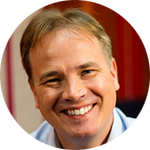 Co-founder and Chairman of the Board of Jolla. Fearless entrepreneur and business adventurer.